Recently, I was walking at the park near my house when I saw the scene above—a warning sign that the road ahead would be curvy. In fact, it almost looks as if the road just drops off completely. Having walked this pathway many times before, though, I knew that was not true, but in that moment, I saw this sign and this scene with fresh eyes. In fact, I was stopped in my tracks as I realized that’s exactly how my life had felt recently—curvy, unpredictable, unsettling, confusing.

Have you ever been in a season of life where the road ahead seemed that way? Where you felt like you were on a winding path that curved back and forth with reckless abandon?

That was last summer for me.

Our second son, Reeve, had just graduated from high school and was hoping to play college baseball. We had expected the process to be simple: multiple college coaches would offer great opportunities (with scholarships, of course) and Reeve would choose the school he liked best. It happens that way all the time, right?

Well, sometimes it’s a bit more complicated than that. When we expect the process to be a straight line, we’re given a winding road. And boy was it!

I won’t bore you with the details but suffice it to say, he signed on August 10thand moved in on the 14th. Nothing like the last minute!

I want to share two lessons that God taught me as we walked this path:

First lesson: I can’t tell you the number of times throughout the summer that we were confused as to what to do next. There was so much anxiety around trying to find the best fit for Reeve—both the best school as well as the best baseball program. It was not only confusing but discouraging at times. Yet, in the midst of that, I was reminded of a truth I had heard long ago: When you don’t know what to do, do the next thing. In other words, do the thing right in front of you. There is so much freedom in that idea. I don’t have to figure out the next 10 steps. I just need to take the next ONE step. Sometimes, that was making a phone call. Sometimes, it was going to one of his summer baseball games. Sometimes, it was doing nothing because nothing was in front of us. Because we trusted that God was leading us, we knew that He would put before us the next step we needed to take. In fact, Psalm 119:105 says:

His Word is not a spotlight, illuminating the entire path. It’s not a floodlight that shows you the next 10 steps; it’s a lamp, lighting up the path right in front of you. You won’t be able to see where the curve takes you. Nor will you be able anticipate and plan for the next steps. You’ll only be able to focus on the next thing as you listen to His voice and read His Word.

Second lesson: There were multiple times throughout the summer that things shifted radically, and I recall telling God, on many occasions, “I just don’t understand. I don’t know what You’re doing. I just don’t understand.” I am so grateful that He is a patient God because I’m sure He heard those words one too many times out of my mouth. Eventually, I heard Him tell me, “I’m not asking you to understand Me. I’m telling you to trust Me.”

Hear that again, “I’m not asking you to understand Me. I’m telling you to trust Me.”

That was one of those moments that will be seared in my memory forever. And I was reminded of a verse that I’ve quoted a gazillion times but now has so much more power in my life:

Trust in the Lord with all your heart and lean not on your own understanding. In all your ways acknowledge Him, and He will direct your paths.  ~Proverbs 3:5-6

For real…I’ve had that verse memorized since I was young, yet I had never experienced it like this before. I’m not to lean on my own understanding. I won’t understand a lot of things in my life—either immediately or possibly even until I meet Jesus face to face. That’s ok. I’m not supposed to. And God is not required to give me an answer now. He’s God Almighty.

But look what verse 6 says: In all your ways acknowledge Him, and He will direct your paths.

As I take one step at a time, trusting Him and acknowledging Him, He will direct my path. Even though it may seem crazy and crooked and may wind all over the place, it will still be the path He has chosen for me. I don’t have to understand; I just have to trust.

Now, for someone like me who likes to understand things, this is hard. No, this is ridiculously hard. But that’s ok. I know my God, and I know He loves me (and my kid) and wants what’s best for us…even if that’s a winding road.

I wish I could say that the path has straightened out and is clear ahead, but it’s not. There are still signs which warn that curves are up head, but I know Who is lighting my path.

18 thoughts on “Do the Next Thing” 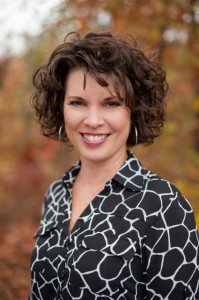